In 1998, an OMF missionary in Kaohsiung by the name of David Ullstrom, felt God was moving him to form a group of Christian English teachers. He had befriended numerous Christian English teachers and had noted that most had felt spiritually drained due to a lack of fellowship of people their own age. As a result, David recruited six English teachers who came in the summer of 1998. This small group studied the Bible, prayed and even lived together. Within two years the group had grown to the point where two small groups were needed. This quickly changed in to three small groups. At this point the groups felt the desire to meet together as a big group. They did their first service as a Christmas service in December of 2000. The following January a planning group was formed to start an English church. This church had its first service in March of 2001.
It started out with a coffee house feel to it. Tables were set up and drinks and snacks were available. Two worship bands were formed and speakers were lined up. Most speakers were members of the group sharing what they were learning about God. After a year the need for a full time pastor was seen and by the winter of 2002 they had been led to call Charles Bivens as pastor of the church. Charles began in the summer of 2003 and led the church until March of 2006 when he felt God calling to different ministries. Before he left he set up a strong preaching team and leadership to lead the church. The church is currently being led by this team and after a year again felt God leading them to call a pastor.
This was a time of trial in the church. The search for a pastor came up empty numerous times. The church started to shrink with some people leaving Taiwan and others to find a church with a pastor.
God still used the church during this time. Regular baptisms were held and the church continued to teach and worship and try to lead people to the Lord. However, it was a stressful time as the leadership knew we really needed a pastor.
At the end of 2009, the leadership took a retreat and during this time felt God leading them to talk to B.C.C. about some form of partnership. This led the church to change locations and names.
Now Kaohsiung International Church, the group continued to struggle. At the end of 2010, David Lin of the B.C.C. intervened and Dave and Jeanay Stiles were invited to be the interim pastors of the church. They accepted the leadership team as the pastors of K.I.C. until the Holy Spirit called to them in the summer of 2013…
On September 1st, 2013, David and Jeanay Stiles felt the call of God on their hearts to return to the United States. Michael Haggard and his wife Sandy were called upon by the leadership to succeed the Stiles as pastor and were commissioned to serve at K.I.C. starting a new chapter in the story of God’s work in Kaohsiung.
In August of 2016, Pastor Michael Haggard and his wife Sandy were called to serve in the United States.  A leadership comprised of Dawid Maritznel, Marilyn Ritzer-Liu,  Julie Gadbury and Louw Pretorious work together to provide for those who continue to gather.
The church currently has 20-40 regular attendees. The mix is about 60% foreigner and 40% Taiwanese. We are associated with B.C.C. for mutual benefit. The church has been through a lot, but through it all God has been faithful. 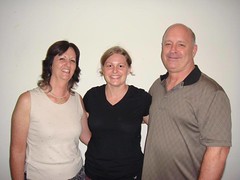 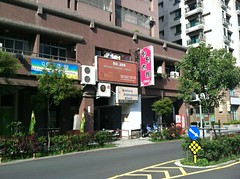 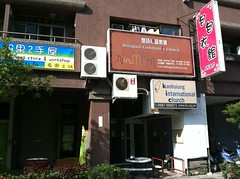 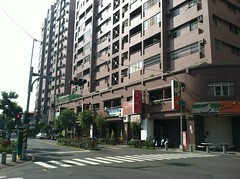